Are You Giving Away Unauthorized Internet Access on Your Office? 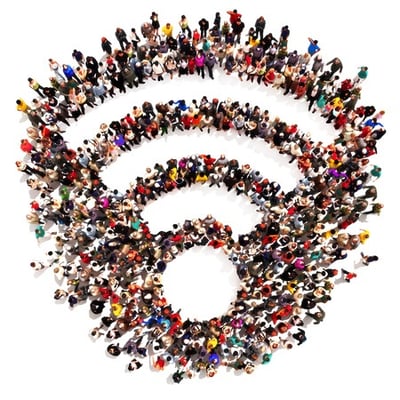 It might be the season for giving, but that shouldn’t include unauthorized access to your office’s Wi-Fi network.

It might seem a bit old-fashioned to be worried about giving away wireless Internet. But what if your office is running on a data cap? Those unauthorized megabytes can add up quickly – and expensively.

And there’s another thing to consider here: security. Giving any moderately skilled computer operator access to your wireless network is not much different than sitting them down at your computer with a list of your passwords. (And let’s face it: Most of us aren’t as diligent about creating strong passwords as we should be.)

Last year, we ran a series about basic networking information that you can review if you’re unfamiliar with Wi-Fi. Today, we’ll discuss how you can tell if someone is using your Wi-Fi and what you can do to fix it.

First, let’s address the two kinds of network crashers. The first is the piggybacker. He doesn’t necessarily want to do any real harm. He’s just here to, you know, download a couple of Super HD movies on the cheap. No hard feelings.

The piggybacker is annoying, and if you have a data cap, he can run up some impressive overage charges if left unchecked.

Then there’s the hacker – that malicious person who, for whatever reason, wants to get into your network, wreak havoc, and maybe steal some info along the way. Compared to the hacker, the piggybacker is harmless.

Either way, these are not people you want to give the keys to your office Internet. So how can you fix this?

Plugging Holes in Your Wi-Fi

The first step is to see if anyone is using your network without your consent. This is easy enough to accomplish once you figure out how to access your Wi-Fi router’s homepage. You’ll most likely need to apply your Googling skills to do this; usually, Wi-Fi routers answer to a string of numbers like 192.168.1.1.

Once you’re looking at your router’s settings – you may need to log in to do so – you can count the number of connected devices. Each device that connects to Wi-Fi uses a unique string of characters, called a MAC address, to identify itself to the network. Usually, devices have a name, like Robert’s iPad. If you see Robert’s iPad listed among your connections and there’s no Robert on staff, you can block that device from your network.

What if you suspect Wi-Fi thieves but can’t find any evidence of them? Be proactive. Change the SSID (what we humans refer to as the network name) and the network password, and update all trusted devices accordingly. By the way, make it a strong, long password.

Another good idea is to hide your network by not broadcasting the SSID. This way, your network will appear as usual to connected devices, but it will be practically invisible to anyone not already on the network. (You can add other people to the network at any time.)

If you really want to give away Wi-Fi, your best bet is to have a guest network that is separate from your office network. Even relatively low-tech Wi-Fi routers allow you to do this. As always, refer any of your networking questions to your friends at TECHSPERTS. We are always happy to help!
Topics: Small Business Featured