Coming Soon Windows 10 on PC Near you: Part Two 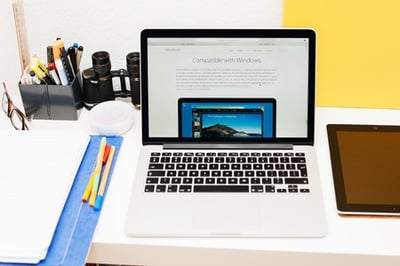 Last week we talked about the upcoming advent of Windows 10, Microsoft’s latest operating system. There are plenty of questions being asked about this newcomer. In this post, we’ll answer a few of the more common ones.

If you read our last post, then you know that Windows 10 is coming out in late July, and that it’s free for Windows 7 and 8.1 users. You’ll also know that its basic requirements are pretty, well, basic. But which changes, among the many reported, will most likely affect your computer?

I can’t speak for your PC, but I can tell you what will affect mine – and the machines of most of the people I know. So, either we’re an odd bunch or we’re a good representation of the whole. I prefer the latter view.

How Compatible is Windows 10?

If nothing else, I would welcome Windows 10 for simply bringing back the Start Menu. It won’t be as simplistic as the days of yore, but it won’t be the overcrowded Metro screen either. If you can imagine a cross between the two, you’ll have the idea.

If you upgraded by choice or necessity to Windows 8 and 8.1, you most likely struggled with program compatibility issues. To this day, my Windows 8.1 laptop is spectacularly fussy about what antivirus programs it accepts; even the 8-approved versions can cause annoying issues. So, if this has happened to you, you might want to read the next paragraph later.

Yes, there will be compatibility issues. It’s especially recommended to get a Windows 10-friendly antivirus program. However, when you roll an existing computer to Windows 10, your personal files and settings will survive the transition. Your other software will no doubt be managed by the Windows 10 version of the compatibility checker. But don’t panic; there’s no reason to assume all your old games and apps won’t be able to cross over.

However, a few old favorites won’t be coming with us.

Although I’m not sure if older versions of the software will be tolerated, Windows Media Player as such will no longer be included with the Windows operating system. Instead, two programs will share its duties: a DVD-playing app and One Drive, which will allow you to make playlists of your favorite music.

If you’re attached to Internet Explorer, well, you might want to cherish your last few days together. This venerable browser will be replaced by Edge. Edge has been heralded as the next generation of browsers; it lets you write on web pages and share them with others, and you can use Cortana as a sort of virtual assistant. In fact, Cortana – Microsoft’s voice-powered automated PA – gets a larger role in Windows 10 and one that is not limited in mobile devices.

Windows 10 is Microsoft’s attempt to use a single operating system across multiple devices. Your PC, your tablet, your Windows phone – on 10, they’ll all function on the same platform. And when it comes time to switch from your current OS to Windows 10, give TechSperts a call – we’ll be happy to help you make the move.