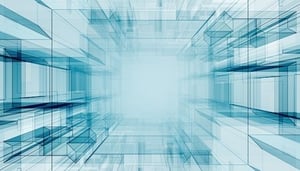 Cloud computing is the phrase du jour. We hear so much about the Cloud that it would be understandable if we mistook a tech blog post for a weather report.

Despite the Cloud’s prevalence, there are still many misconceptions about what it is, how it works, and who can use it. So let’s explore these topics.

Let’s start with five common ideas about the Cloud. We’ll introduce a widely held concept, and then see if it’s true or false—a myth or a fact.

Idea: The Cloud Is New.

Actually, the technological concepts behind the Cloud have existed since the late 1960s. According to the great oracle of the Internet, Wikipedia, Cloud computing can actually trace its roots back to mainframe computing in the 1950s. And for most of us, using an Internet-based service to stream videos, edit documents, or send messages has been part of our daily routine for quite a while. And guess what? All of these things could be considered Cloud computing. So if you’re worried about the Cloud, chances are you’ve actually been in it for a few years now.

Idea: Cloud Storage Is Only For Music, Pictures, and Unimportant Data.

It’s easy to see why you might think this. After all, tablet users frequently rely on Internet-based storage for their videos, pictures, and other large files. However, the Cloud can be used as a flexible solution for businesses. Common types of Cloud-based services include software as a service (or SaaS, which allows users to access software-like programs over the Internet instead of locally on a hard drive), database as a service (same as above, but limited to databases), and platform as a service (or PaaS, which enables developers to design and build entire programs using Internet applications). As you can see, this a lot the Cloud offers much more than just photos and tunes.

With the exception of a few commonsense quibbles—such as needing an Internet connection, a connected device, appropriate software programs, and the relevant password—this is true. Instead of being tied to your home computer, business workstation, or laptop, the Cloud allows you to access whatever you’ve stored on it from wherever you are.

Idea: Cloud Computing Is Not Part of the Mainstream.

With big-name companies like Amazon, Cisco, Microsoft, and IBM actively involved in promoting or developing Cloud computing, it’s pretty safe to say that this is not a fringe technology. While it does have some new concepts and ramifications, Cloud computing has definitely entered the mainstream.

Idea: My Business Is Too Small (Or Too Big) To Use Cloud Computing.

Because Cloud computing is based on a concept called virtualization, it can shrink or expand as needed, without having to reconfigure physical IT setups. So if you have a business of five people that suddenly grows, a Cloud-based infrastructure can accommodate that with much less fuss than an old-school wired network of servers and computers. The Cloud is eminently customizable. No business is too small (and very few are too large) that they cannot use the Cloud.

Hopefully, this post has left you with a little clearer idea of what the Cloud is and what it does. Stay tuned to this blog for more information, as we continue to explore how technology relates to your business and home computing needs.