Five Reasons to Ditch Pen and Paper in Your Office 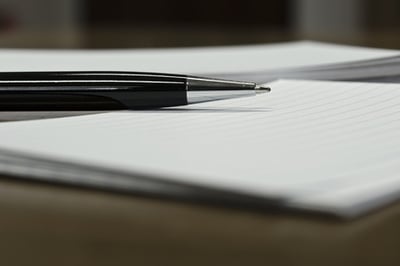 These days, digital is definitely in. Is it time to send the office pen and paper supply into retirement? Let’s find out.

Do you know when in history the pen became a technological innovation? Well, it can be traced back to the ancient Egyptians in 3000 BC, who used a reed dipped in ink. Or, if you want to trace it back to metal nibs, that would put it at 79 AD. And ballpoint pens were patented in 1888 AD—but weren’t widely used until about 50 years later. And the pencil? The graphite-filled version that we all remember from school has been around in a rough state since 1662.

Our office technology has changed a lot since 1662—or even 1938. Are the pencil and pen able to keep up or should they be given a gold watch and hearty thanks for their long service? In this post, we'll look at five things that are making the pen, pencil, and paper triad look just a bit old-fashioned.

The following five things are poised to make an onslaught onto the usefulness of pen and paper in the modern office. Aside from the environmental benefits—less waste! less resources used!—they may offer a considerable savings in time and effort.

Does this mean that we’re switching to all-digital? I have a confession to make. As I write this post, a pen and scratch pad are sitting next to my computer. And I use them all the time. Tune in to Techsperts Talk next week as we discuss why pen and paper do have a place in our office.