IBM Continues Buying Into the Cloud

IBM has been around for a long time. This is a company that got its start as far back as the 1880s, beginning life as three separate ventures that sold tabulating machines, time recorders, and computing scales. These companies later combined and expanded into electronic typewriters and test scoring machines, and then followed the ladder of technology all the way up to chess-playing supercomputers. And, like any long-lived entity, IBM has weathered a few faux pas along the way. Still, the company known as “Big Blue” remains one of the most recognized names in technology. 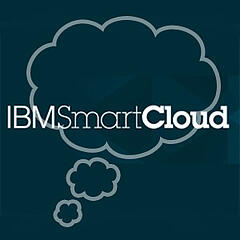 If a company can stay in business for well over 100 years, it has to show some flexibility. There’s not much excitement over computing scales and time-card punchers today. That’s why IBM has aggressively been buying into the future of cloud computing.

According to an article by Bloomberg.com’s Alex Barinka (which you can read here), IBM has allocated over 1 billion dollars to continue working on SoftLayer, an IaaS (infrastructure as a service) company that it purchased last year for 2 billion dollars. On top of this, the IT giant also recently acquired Cloudant, which provides database as a service, for an undisclosed amount.

IBM has some serious competition in the cloud services industry, most notably Amazon, Google, and Microsoft. To keep up – and try to position itself as the go-to cloud computing brand – IBM announced in a press release that it was adding 15 new data centers this year at various points throughout the globe. This will mean that the company will have 40 data centers in 15 countries.

What does this mean for you, the small, or medium-business operator? As the big boys of technology jockey for position in the cloud, it’s going to keep prices competitive. It also highlights the shift that’s definitely occurring, a shift away from traditional software and computing paradigms and towards a leaner, on-demand cloud model.

This doesn’t mean you’ll be forced to scrap your existing IT setup. But as the cloud continues to gain acceptance, it will open up possibilities for smaller businesses in terms of IT processes. The cloud offers the kind of instant flexibility, increased uptime, and mobility that is out of reach for most small businesses using a traditional IT model.

If IBM has anything to do with it, the cloud will be around for a good long time. As technology keeps improving and changing, having on-demand access to programs, updates, and data keeps evolving as well. It’s no longer a sci-fi novelty or an enterprise-only technology; it’s a necessity.