Just in Case You Thought Your Tablet Was Far Too Big… 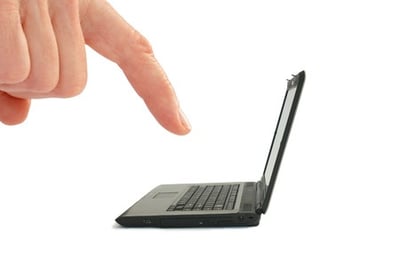 A bevy of super-small PCs has hit the market. Which ones should you be watching?

A recent PC World article counted off no fewer than ten 'mini PCs'—devices that range in size from a USB drive to a puck-like streaming media player, including Google's Chromebox and Intel's NUC (Next Unit of Computing). But don't retire your trusty desktop or laptop just yet.

As we pointed out in a previous TechSperts blog post concerning the Chromebox, a computer that takes a light-as-a-feather toll on operating resources and has a small physical footprint is a very attractive thing. Placing these characteristics at an affordable price point is even better. But performance (or lack thereof) can be a deal-breaker.

Plugging Your Computer Into the Wall—Literally

What originally got me interested in this idea was the announcement at this year's Computex that Microsoft was unveiling a new product—the Compute Plug. It's not a wall charger per se, though it looks like one. It's a (almost) fully functioning PC—without a screen, keyboard, or mouse (although you can connect these add-ons via Bluetooth and an HDMI port).

Call me old-fashioned, but I say that a computer loses much of its usefulness when you can't input commands or see the results on a screen of some kind.

Had I thought about it, I would've known that a plug-sized computer couldn't have a workable screen or keyboard. But I was still a little bit disappointed with the not-quite-complete aspect. File it under cool, but not a desktop replacement—yet. It’s more like a semi-substitute.

PCs in the Palm of Your Hand

Now, let's talk about the really small stuff: USB-sized PCs. In this case, Intel's Compute Stick. It's a thumb drive (or so it seems). It's a computer. It's an extension of your TV—at least for now.

If your TV is stuck firmly in the non-connected age, it's tempting to change it. For this, the Compute Stick is tailored to the task. If your TV has an HDMI-in port, you're in business. Just plug the Stick in, power up your favorite wireless mouse and keyboard, and you're good to go.

Retailing for $110 to $150, the Compute Stick won't bust your budget. And with a quad-core processor, 2 GB memory, and 32 GB for onboard storage, it will give your average mid-priced tablet a run for its money. But, then again, do you need to turn your TV into a PC?

I suppose in some circumstances, the answer is yes. But if you're only interested in streaming Amazon Instant Video or Netflix, devices by Amazon, Roku, and Chrome will meet your needs for half the price or less.

So, which of these tech trends should you be watching? For me, the answer is neither. The smallest powerhouse of a PC loses my interest when it means I’d also have to lug around a mouse, keyboard, and screen of some kind. What about you? Let us know in the comments below.

Microsoft PC in a Plug