A Guide To Know Your Network Hardware Basics: Hubs, Routers and Switches, Oh My! 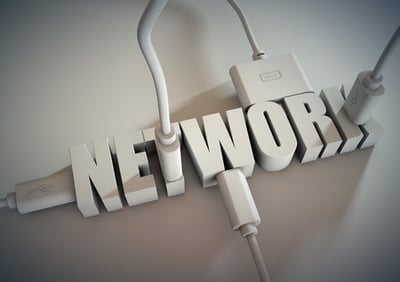 Networks are all around us, but do we know how they work? In this series, we’ll look at the basics of computer networking, from hardware components to security practices. This is the second post in the series. To read the preceding post, click here.

How often, when you’re connected to your home or business network, do you stop and think, “Good job there, router”? Probably not very often. But when something goes wrong, what’s the first thing that gets blamed? Exactly. There’s a general cry of “Somebody go restart that stupid router!” or “Why the heck isn’t the Internet thingy working?”

A Field Guide to Network Hardware

Not only are the various bits of networking equipment unheralded, they can also be pretty hard to differentiate. A router may look a lot like a hub or a switch insofar as they’re small black or gray boxes with cables coming out of them. And, further complicating matters, there is a fair amount of job overlap. So, let’s start with the simplest networking device (other than Ethernet cables, which are the most common type of ‘wires’ in a wired network)—the humble hub.

The hub connects multiple devices together, usually by means of an Ethernet cable. This could also be said for switches and routers. So what makes a hub different? The way data travels from device to device. A hub isn’t big on detail; if it receives a message, it broadcasts it to all of the devices connected to it. If it helps, consider the hub as a sort of town crier, spreading its information to all.

A bridge is like the traffic cop of computer networking. It decides what data goes where—a hugely important task. Imagine how hard it would be to do your job if you kept getting your deskmate’s Internet research instead of your own.

A router combines the functions of a bridge and a hub—that’s why it’s such a popular networking tool. Not only does the router connect things together, it can determine what information should be sent to each individual device. Routers can form a fully functioning network all by itself, or you can link several routers together to form a larger network.

A switch also combines the connecting functions of a hub with the directing functions of a bridge. Unlike a router though, you can’t connect a modem directly to a switch; you’d have to connect it to a network computer and let that computer serve as the gateway to the World Wide Web for everyone else on the network.

The Internet and Your Network

The above bits of hardware are great at joining computers together, but the data stream that is the Net is not invited to this party just yet. Why not? Because the signal coming into our homes and offices, whether through the phone lines or through cable, can’t be read by computers. It’s converted into a readable format by a modem.

It’s not unusual for homes and small businesses to be connected by a gateway—especially a wireless gateway. This handy piece of hardware combines a modem with a router as a single point of networking and Internet access. For extra security, there’s often a firewall in place as well.

The workings of wired networking are pretty obvious—signal is picked up and deciphered by modem, converted data goes through Ethernet cables to router, and proceeds to computer via another Ethernet cable. But how does wireless networking work? We’ll talk about that in our next post. Tune in next week!