Look Up In the Sky! It’s a Bird, It’s a Plane—It’s Your Amazon Order? 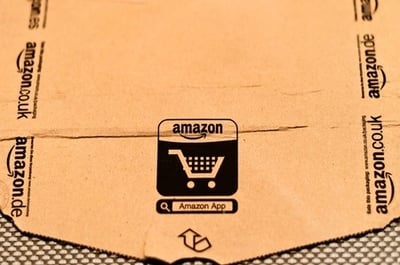 Imagine a world where you don’t have to wait a whole two days to receive an item you just bought. Imagine a world where same-day purchase and delivery applies to eCommerce, not just bricks and mortar stores. According to Amazon, you’re imagining 2015. As in, sometime next year.

Imagine drones (in this case, we mean small, unmanned delivery aircraft, not the military kind) delivering your purchases to your doorstep 30 minutes after you click the buy button. This is what Amazon hopes to introduce with Prime Air, its drone-powered delivery service. So far, this service is still in the research and development stage. But not for long, if the Internet retailer gets its way.

It May Sound Like It, But It’s Not Sci-Fi

The Prime Air webpage assures us that no, this is not science fiction. With the cooperation of the FAA, it’s a real thing, albeit in the planning stages. And in the future, according to Amazon, seeing drones zip through the sky to deliver your order directly to your house will be as ordinary as seeing mail trucks heading for your mailbox each afternoon.

Amazon is not the only company that’s interested in using drones for commercial purposes. Others, including Yamaha and Trimble Navigation, are reportedly pursuing this technology as well. But it’s Amazon that’s in the forefront, at least in terms of what the public thinks. So this raises three other questions:

Is the FAA okay with this?

On July 9 of this year, Amazon sent a letter to the FAA requesting exemption from its current rules that unmanned drones be used only for commercial purposes and only under the direct visual supervision of the operator. At this time, the FAA is accepting comments on the subject. There has been no definitive ruling.

Yes, according to Amazon. Although drones are small and will not be carrying human passengers, they are being designed to meet commercial aviation standards.

Will it be in my neighborhood?

Probably not for a while. According to a report on Forbes.com, Amazon’s FAA exemption application is for using its own private R&D airspace. So no worries about your backyard becoming a test zone for now. As to which areas will receive Prime Air service, we’ll have to stay tuned. Should the project leave the ground, your eligibility will probably depend on where you live in relation to their shipping and distribution centers.

Once again, technology is moving forward at snappy pace. What do you think? Same-day delivery—good or bad? Delivery by unmanned flying craft—good or bad?

Has the dizzying pace of technology got you feeling a bit down? Don’t despair! Call on TechSperts Services and learn about your options.