Old Technology We Can’t Do Without 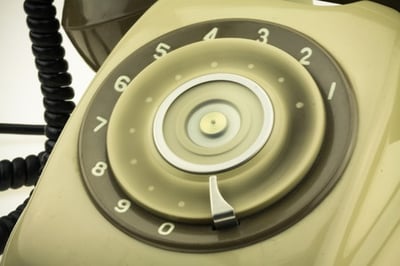 We live in a techno age. We’re at the point where we almost expect a new technological breakthrough to happen at any time. So we can be excused for thinking that technology started more or less with us, right? Wrong. Turns out the technology we rely on—wireless Internet, mobile phones, even GPS guidance on our cars—can be traced back to what we think of as a pretty old-school device: the radio. Or, more specifically, to radio waves.

Radio Waves, Radar, and the Birth of Wireless

Radio waves are the oxygen of the wireless world: we can’t see them, but without radio waves, our communications would die—or at least remain silent. And some of us would be eating cold dinners tonight (more on that in a bit). The existence of radio waves was posited back in the 1800s. By 1887, Heinrich Hertz made the first over-air radio transmission. This led to scientific superstars like Edison, Marconi, and Tesla all playing around with these fascinating, invisible waves. By 1920, the first radio news broadcast was made from Detroit, Michigan—and the station, WWJ, is still on the air today. This was followed very shortly by entertainment and, of course, football broadcasts.

Radio may seem like the grey-bearded old man of technology, if not absolutely passé. Yet, without radio waves, we wouldn’t have radar telling us about our upcoming weather or guiding planes for a safe journey and landing. And we also wouldn’t have microwaves (hence the cold dinners), wireless Internet, GPS, mobile phones, TV, or communication satellites.

Want to find the best tech news sites? Check out our review!

While radio waves send things sailing through the atmosphere, telephones are a bit more, well, grounded. The well-known story of Alexander Graham Bell and his “Mr. Watson, come here” puts the invention of the telephone in 1876; by 1877, Bell Telephone had been formed and had more than 3,000 subscribers. By 1900, that number reached 800,000. World War II gave the phone industry a sizeable boost; by 1948, there were 30 million subscribers. While phone styles changed, it wasn’t until the 1960s that touch-tone and cordless telephones arrived on the scene. And while modem-like technology has been around since the 1920s, it wasn’t until the 80s and 90s that it really took off—ushering in the age of fax machines and dial-up Internet.

For most of us, dial-up Internet is a thing of the past. But it probably was our introduction to that thing we call the World Wide Web.

Sure, landline telephones and radios have been around for a while. But let’s give them a nod for the doors they’ve opened!

Contact Techsperts Services for help with your IT needs today!