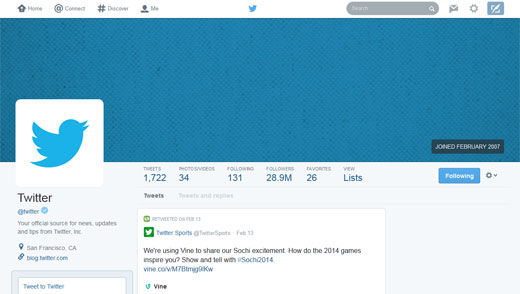 It’s January, and technology’s version of the Golden Globes, CES 2016, has just ended. Two great reasons to pause and consider IT news!

Your regularly scheduled blog post about Google Analytics will be back next week. Right now, it’s time for the news!

Nature might be enjoying a period of wintertime quietude and reflection. The IT industry — not so much. Who cares if it’s the middle of winter? In the technology world, nobody hibernates. So, what’s going on in IT?

And January’s Most Covered IT Event Prize Goes To…

CES 2016, without a doubt. With over 1.2 million mentions scattered over the web, this year’s International Consumer Electronics Show didn't exactly pass unnoticed. Admittedly, much of the stuff covered by the show doesn't resonate with small-business owners. But isn’t everyone interested in a better laptop — and a refrigerator that talks to them? Let’s look at what CES has to offer:

Big-name manufacturers like LG and Samsung might want you to buy into the whole smart refrigerator concept by — you know — buying a new refrigerator. But what if you'd rather keep your fridge? And what if you don't want have to open the refrigerator door to see if the lunchroom's supply of coffee cream is running out?

No worries. Smarter's line of products to the rescue, as this Entrepreneur CES article reports.  With Wi-Fi connected cameras, mats, and microphones, any refrigerator can make its way into the 21st century. And send you a text to prove it.

A Pair of Worthy Laptops

On a more serious note, two laptops were introduced at CES that have two kinds of businesspeople drooling: the kind who travel all the time and the kind who work in the IT department. Wired reports that Samsung's 13-inch ultraportable Notebook 9 weighs about two pounds. Even still, it packs Windows 10 and the hardware to run it comfortably. Frequent travelers and commuters, rejoice!

As for the IT group, the idea of bringing laptops to and from work poses its own challenges. In many ways an old standby for the working world, laptops can be hard to keep secure. HP's EliteBook Folio G1 has that covered. There's built-in security already onboard. And since we all spend so much time on conference calls these days, it's nice to have a PC that is set up to handle them. Business-class details on this device include a sound system that's calibrated for the human voice and special keyboard buttons just for taking calls.

And now, for some non-CES news, we ask:

There’s speculation that the social media platform has plans to change its 140-character limit, reports ReCode.net. The idea is that by debuting longer posts, Twitter will be able to position itself as a key competitor in a very content-driven arena. The question is, will Twitter be making itself too much like its rivals? Or is this a necessary growing pain for what some feel is the quirkiest social network?

Tune in to Techsperts Talk next week as we continue learning about Google Analytics and your small-business’s website!

These Stories on Technology News

What is SEO? A Quick Guide to Search Engine Optimization

Seven Things You Probably  Didn't Know About the Net