Tech News for September: Facebook, Apple, and Storm Alerts are shown from Google 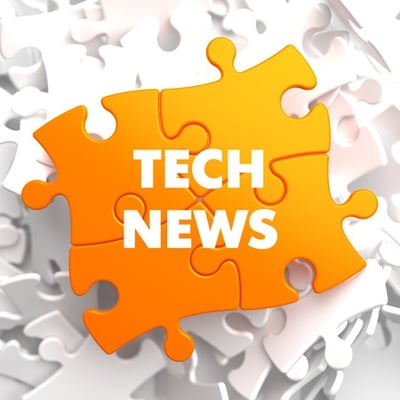 What’s been going on in the tech world? As usual, it’s a little bit of everything—from a potential new security fix to Google’s updated storm warning system.

Can it be nearing the end of September already? Yes indeed. So let’s delve right in to this month’s news!

M is for New Assistant

Wired reports that some Facebook Messenger app users are trying out M, Facebook's own handy-dandy helper. But there's a difference with this assistant: M isn't solely technology based. It's an artificial intelligence platform boosted by actual human intelligence—Facebook employees, to be exact. This fusion is an interesting idea; let's see how it works for businesses.

As regular readers of the Techsperts blog know, I am very interested in cybersecurity. And every month, it seems, there's some new threat to report. This month, though, we have a welcome twist on the whole Internet security thing: a possible new way to prevent and monitor threats.

Facebook, CNET tells us, launched a program called ThreatExchange earlier this year. This follows in the steps of a few other information-swapping platforms, but the social media company is hoping that it will be more successful. Why? For one thing, better privacy controls.  While the participants do have to download an app, each user can control what to share and who to share it with. And—even better—the service is free.

A safer Internet? Sounds good to me. Whether the information sharing will lead to efficient trend spotting and better threat analysis remains to be seen. But let’s hope so!

I’ll Keep My Data, Thank You Very Much

Do you hate sharing your mobile data with advertisements, popups, and other digital hangers-on? If you say yes—and if you're an Apple user—you'll be pleased to read in TechCrunch's post that the upcoming iOS 9 will include content blocking in its feature set.

Content blockers are already familiar territory in the desktop world. Primarily, they are there to protect our privacy and spare us some unwanted advertising. For mobile users, content blockers also slim down data usage. Which means, incidentally, more time using your phone to stream Netflix. Win-win-win.

Google Wants You to Stay Safe This Storm Season ...

Finally, as we head in to peak hurricane season, Google is updating and improving its weather forecast and storm alert systems. In addition to providing NOAA forecasting information, Google is also partnering with FEMA and Ready.gov to help people get specific information on staying safe during a storm.

… And So Do Your Friends at Techsperts!

So feel free to check out our blog regularly. You won’t find storm warnings, but you will find information you can use to stay safe online and to keep your small-business IT running smoothly.