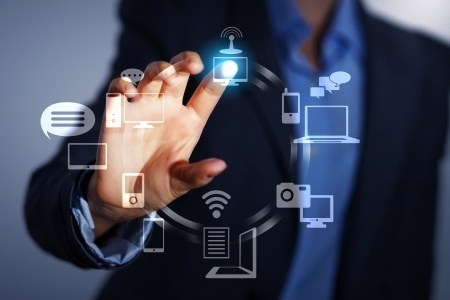 Tech News for Spring: What Microsoft, Apple & the American Public 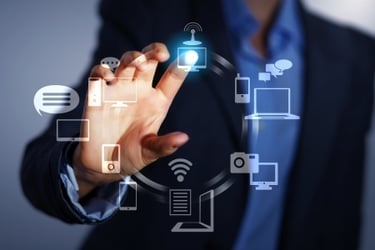 Get ready for sleek wearable tech, holograms, and a new browser in the latest tech news.

Happy Spring, everyone! Let’s see what’s been going on in the IT universe, starting with the Big Guys and moving on to the average Joe and Jane Consumer. As always, we’re including links, so feel free to follow up on the details as we go.

April was a big month for Microsoft. Aside from starting the media off with Windows 10 – and sending Windows 8 users the news that they can upgrade for free when the product is ready – the PC giant presented Microsoft Build 2015, a conference where Microsoft introduced their new ideas, items, and goals. What’s on this year’s highlight reel?

From one end of the computing spectrum to the other, we’ll examine one of Microsoft’s biggest competitors: Apple. The news for Apple is that, finally, the Apple Watch is here. Well, when we say here, we mean you can pre-order it from the Apple Store. The designs are sleek and come in a choice of bands and faces. As you might expect, though, the prices match these undeniably super-spy-cool gadgets. The model I particularly liked retailed for around $700. And the super-luxe Edition version of the watch has a price tag in the thousands. Of course, you're not just buying a watch, but a way to connect to your iPhone and track your health and fitness data. And, you know, the chance to feel a bit like James Bond once in a while.

Online Safety? Not So Much

Despite recent security breaches, a study quoted in this post from PC Mag shows that at least two-thirds of us would lose a significant amount of personal documents if our mobile devices were stolen. Nearly 30% of people also stated their personally identifiable information and financial information would also be compromised. Why?

Among other things, the failure to take property security precautions. As we’ve said before, use strong passwords, change them up regularly, and install updates when they come. And if you use a mobile device, encrypt that thing.

And One More Thing from Microsoft

This will not make any difference to your business day, but it just might make your day. Upload a photo of yourself to Microsoft’s How-Old.Net. Find out if you are really aging as well as you like to think. (Make sure the snap is a well-lit one, or it might add 20 years to your age, as one of mine did.) Enjoy your bragging rights. And, as always, stay tuned to the TechSperts blog for the latest technology news.

Previous Story
← Is This Computer Noise Normal?
Next Story
Three Offline Things That Will Keep You Secure Online →