Types of Internet Access | Managed IT and HelpDesk Solutions 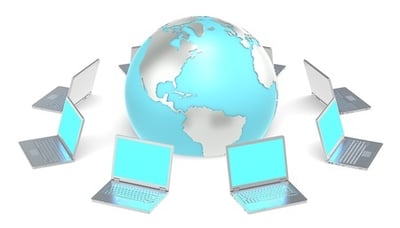 If you’re like me, you tend to connect to the Internet without giving it much thought. And you probably know, via your monthly bill, your Internet service provider (ISP). But have you ever thought about what kind of Internet access you have? I don’t mean in terms of quality or price, or even your personal opinion of the people who run your ISP.

Follow this link to learn 7 facts you didn’t know about the Internet.

For most of us, dial-up Internet, which shared a line with our home phones, is an unlamented thing of the past. And good riddance! Speeds went from slow to slower to impossible if enough of your neighbors happened to log on at the same time. But let’s take a look at some of the other Internet-bringing technologies currently available:

Most Americans currently connect to the Internet using ADSL, but the push for ever-faster speeds and nearly instant page load times may change all that. Would you change to a faster ISP if you had the option?

Contact Techspert Services today to find out how to make your IT system faster, more efficient, and more secure.