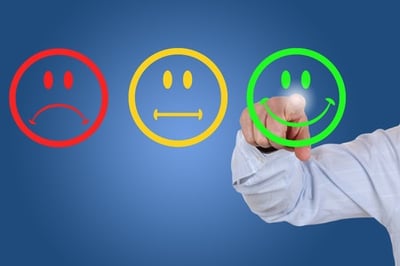 Facebook created Pages in 2009 with the idea of facilitating communication between businesses and their clients. That was five years ago.

In that short time, social media has moved from a fringe idea in the business world to what nearly amounts to a virtual must-have.

Can your business get by without a Facebook account or some other social media? Yes, at least in most cases.

Does having a social media platform increase your sales and your chances of getting noticed? Yes, absolutely.

As with most things, there is a right way and a wrong way to go about social media for businesses.

Social media is all about being dynamic and up-to-the-minute. If your LinkedIn profile hasn’t changed in two years, if your Facebook page stopped six months ago, if your final tweet was about last month’s sale—you’re doing it wrong. It’s as simple as that.

Even if you stay current, there’s another way that you can neglect your social media. This is by ignoring your feedback. Not only is it a good practice to respond to feedback, positive or negative, it’s an even better idea to incorporate what you learn from it into your marketing and planning efforts.

How Valuable Is Social Media Feedback?

There are two ways to measure value: financially, in increased income and intangibly, in increased awareness. Let’s first talk about the informational value of customer feedback.

Obviously, customer feedback is a direct line into your audience’s opinions about your product or service. Being tuned in can lead to better marketing and sales. But the benefit goes further than that.

Here are two other effects of customer feedback:

It boosts brand awareness. When you like something on Facebook or retweet it on Twitter, you’re not just giving a nod of approval to the company; you’re endorsing it. No matter whether friends see this or complete strangers, you’ve added your voice to the chorus of supporters. And this can have a powerful effect; user reviews and ratings have a huge influence on your customers’ perceptions of your business.

It gives super-fans a place to shine. People who are brand fans tend to be loyal, vocal, and engaged supporters. They also tend to be repeat consumers. Often, when a very similar product is available at a cheaper price, brand loyalty keeps them coming back to you. When you interact on social media by replying to positive reviews with a brief note of thanks, you reinforce your brand fans’ loyalty and commitment.

Now, in dollars and cents, let’s talk about what social media is worth to your company.

A few companies have recently done studies on the dollar amount of a positive tweet, Facebook like, or other type of review. Here’s what they found out:

As reported in The Atlantic, a positive tweet can be valued at about $22.

Syncapse.com discovered that a Facebook brand fan—the vocal supporter mentioned above—is worth about $174 to your company.

Finally, positive Yelp reviews are worth about $9 apiece, according to The Huffington Post.

Marketing is changing. Businesses have always relied on feedback and word-of-mouth advertising.

Social media is amplifying these trends in a way that few businesses can afford to ignore.  If you need help guiding your business' social media or just have some questions, don't hesitate to give Techspert Services a call!