Reason of Slowing Down Your PC

What’s one of the first things you notice about a new computer? How fast it is, right? You may marvel at the pristine HD screen or laud the concert-venue worthy sound that pours out of the speakers, but what really matters? That your computer is fast.

Which makes it all the more frustrating when your computer slows down.

Sometimes, a slowdown is purely a matter of age. If your computer is more than four or five years old, it’s in the extra-mature category of IT. It’s not that it can’t do what it used to; it’s that things have changed so much that it’s not equipped to handle the demands that get placed on it. It’s sad, but it happens.

But what if your computer is relatively new, and you notice a decline in its performance? There are several things that could be happening. We won’t cover all of them, but we will talk about the ones you can check out for yourself. 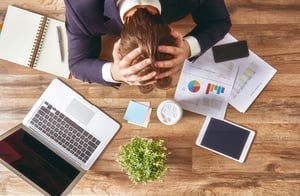 If your computer has a bunch of viruses, spyware, or adware slowing it down, you’ll probably have an idea that something is definitely wrong. The computer will launch programs slowly, or it may just start programs randomly. You may hear more of the usual clicks and whirs of a working machine. If you go from fast to slow in a short space of time, malware should be on your short list of suspects.

Overloaded memory can happen when you either try to run a lot of applications at one time or if you run several heavy-duty programs simultaneously. I have learned, for example, that even my quad-core laptop will bog down if I run my memory-gobbling dictation program alongside graphic-heavy games or with a whole slew of browser windows open.

You can also overload your memory slowly, especially if you don’t shut down your PC regularly. Hey, your brain has the same problems when you don’t sleep, so give your computer a chance to refresh once in a while. 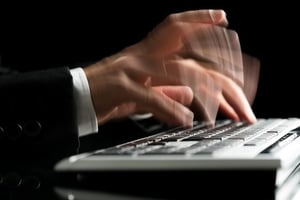 You know how a new computer comes with about 36 programs that you don’t want and never use? Guess what? These programs might be slowing your computer down by running in the background. It’s best to delete them using the Programs part of Window’s Control Panel – or have someone else ID them and do it for you.

If your computer is slow to start or to shut down, there may be a failed update hanging things up. A huge clue is if you seem to get one update every day for a week or more. Microsoft generally releases updates on a schedule; one per day is not usual.

Is your new computer running slowly? It may be a sign that something is wrong. If you ruled out all four of the above and you have not been able to discern the cause, then it’s time to get help. Have our professional TechSperts team handle it for you. We will come to your residence or business and with a few diagnostic tools, we will be able to identify the issue for you and resolve it! You can be missing out on many productive hours by working with an abnormally slow computer. Don’t wait, give us a call right now.
Topics: Research Windows how to laptops it support