Will Wearable Tech Revolutionize Mobile (And Thus Your Business)? 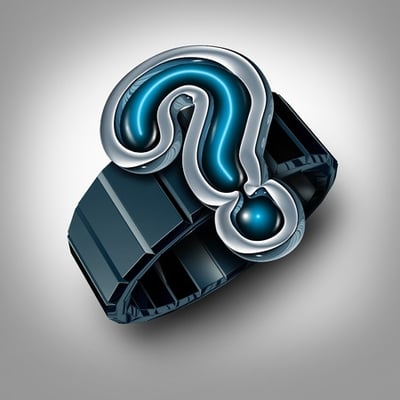 Wearable technology—smart glasses, watches, and other micro-minicomputers of the same ilk—has been proclaimed to be the Next Big Thing. What do these gadgets really do, and will they revolutionize technology, as we know it?

More importantly, are we ready for yet another tech trend?

Your Big Chance to Be a Gadget Superhero?

When I first saw a commercial for a smartwatch, I was insanely pleased. Finally, a phone attached to my wrist that looked really cool. It was like my own entrée into the world of The Jetsons. Could a personal flying pod-thing be far behind?

And then I looked at the specs of smartwatches, like those that Google, Samsung, Sony, and LG have been advertising. Apparently, a smartwatch is not a replacement for your smartphone, but rather a sort of supplemental smartphone (cum-watch, cum-pedometer). You can tell time, get location-based information (directions, etc.), and—with the proper app—use it as a fitness monitor. The smartwatches I looked at relied on a Bluetooth connection to your phone to alert you to incoming calls and get mobile data. For now, what smartwatches can’t do is make calls on their own—although that may change in the very near future, as some makers are pushing out standalone data-only devices. Can phone-able smartwatches be too far behind?

So apparently, I will still be waiting awhile for my gadget superhero status (as well as for my own personal flying pod-thing).

Wearable Tech with a Purpose

Even feet (shoes and insoles, actually) are getting into the smart arena. Lechal ‘smart shoes’ are designed to connect via Bluetooth to your smartphone’s maps app, thus giving your feet turn-by-turn directions. For example, a vibrating left shoe would signal an upcoming veer to the left. While this product was originally designed to assist the sight-impaired, its potential market is expanding to runners, hikers, and tourists. GPS shoes have been around in a limited capacity since early 2012; a UK project even had light-up directional arrows embedded in shoe tops.

What do you think? Is wearable technology the next wave of mobile computing? Before you answer, remember that tablets and iPads were once dismissed by some as expensive toys. More importantly, will wearable technology have an effect on how you run your business? Maybe, if missing calls on your purse- or pocket-bound smartphone is a huge problem for you. For now, we’ll have to wait and see whether this is a passing trend or a major innovation.

What’s up with my computer?!?! If PC issues are slowing you down, contactTechsperts Services today to discuss a solution.