Windows 10: The Reviews Are In 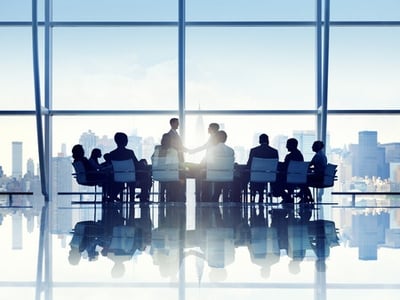 It’s been several months since Microsoft launched its latest incarnation of the world’s most used operating system. So what are people saying about it? We found out.

"Microsoft gets it right," declares CNET.

"Yeah, it's pretty good. It's a lot like Windows 7," says my semi-computer-literate friend.

These days, "a lot like Windows 7" might be the best thing anyone has said about a Windows product since Windows 8 came out. After all, NetMarketShare, which analyzes Internet traffic, reports that the mighty Windows 7 still produces over half of the activity on the Internet; the phased-out Windows XP is stubbornly holding on to nearly 12 percent—more than Windows 8.1 (10.6 percent) and Windows 10 (7.9 percent), and way more than Mac's OS X (3.4 percent).

Windows 10 Is Not Awesome.

Windows 10 had a lot to do for Microsoft, and generally the opinion has been favorable. But there are still problems, including those that keep it from successfully installing on some machines (one of which is my Samsung laptop, much to my annoyance). And ArsTechnica reports that not only did Microsoft pull Windows 10’s newest version with no clear reason, but there are some issues that installing the new OS can cause.

So not everyone is 100 percent thrilled. How-To Geek published an article on its website that noted Windows 10's rather cavalier use of your Internet connection to automatically update itself—a problem if you have a tight data cap on your plan. InfoWorld, while applauding Microsoft for making the move, still strongly prefers Windows 7.

The Truth: Windows 10 Is Still Growing Up.

The most practical review I've read about Windows 10 was on VentureBeat. I don't want to summarize the whole thing here—you really should read it for yourself, even if you ignore all the other links—but I will say this: I agree.

Any IT pro will tell you that it is rarely a good move to upgrade your system as soon as a new version of Windows (or any other OS) comes out. Why? There will be bugs. There are bound to be. That's the nature of technology. Microsoft is offering free upgrades well into next summer, so there's no big rush.

Now, for my two cents: I really like Windows 10. I do have some reservations about compatibility issues, but those are par for the course with any major upgrade and can be mitigated or worked out. Windows 10 reminds me of the Third Bear's porridge: it's not too hot (witness the too-many-changes-too-fast Windows 8); it's not too cold (loveable but increasingly un-secure Windows XP); its blend of familiar and new is just right.

It’s another great article brought to you by Techspert Services, your friends in the IT industry!