3D Printing: 3-D Printing a Toy, a Trend, or Something Useful?

As of July 15, Home Depot has begun selling MakerBots—3-D printers designed for nonindustrial use. For now, these will be available at selected stores and online. So what’s all this about 3-D printing? Is it a fad, or does it have a practical application? Let’s find out.

Actually, 3-D printing has been around for a long time. Its technology and overall concept date back to the 1980s. For many years, 3-D printing was firmly in the domain of prototyping and parts manufacturing.

There are several forms of 3-D printing. The kind that MakerBot and other home-oriented products provide is known as fused deposition modeling. It’s a type of additive manufacturing that relies on fusing layer upon layer of a plastic-like material to create an object. 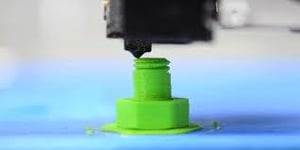 Home enthusiasts with technical know-how have been able to buy kits and build their machines for a few years now. In 2012 and 2013, MakerBot and other 3-D printing companies began offering home-sized models at a family-sized budget; the printers it provides today are mostly in the $2,000 - $3,000 range.

If your inkjet printer shot out a threadlike substance instead of liquid ink, it would share the same basic concept as a 3D printer. Here’s the process:

So, is 3-D Printing a Toy, a Trend, or Something Useful?

At first glance, 3-D printing seems to be limited to two applications: prototype and hobby. But that’s not all it can do. Here are some other nifty ways this technology is being used:

For more on 3D printing, see articles from: