How Small Businesses Use Technology?

What kinds of technology do you use in your business? Do you ever wonder how it stacks up to what other small-business owners use?

It can be surprisingly tricky to arrive at an accurate estimate of the technology you need for the average day. Are you tempted to grunt ‘computer’ and be done with it? That would rarely be accurate. Sure, your PC probably does the lion’s share of the record keeping, ordering, and all the other stuff that goes with running a business. But upon closer inspection, you may realize that your laptop or desktop isn’t the only piece of equipment you use. Do you take business calls over your personal smartphone or by a landline? Most of us do. Add in the mobile tech, the networking equipment, and the Internet access, and technology plays a huge part in most of our daily businesses.

Small Business Technology by the Numbers 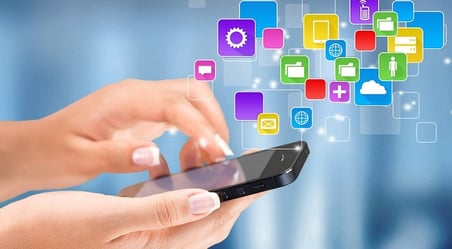 Let’s get back to our original question. How are small businesses using technology these days? The National Small Business Association, or NSBA, had 845 small-business owners explain how they use technology. The resulting report, titled 2013 Small Business Technology Survey, highlighted some very interesting trends and statistics.

Here are a few of the main ones: 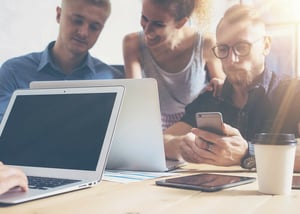 The report also revealed some interesting attitudes about the use of technology for everyday businesses. The cost of keeping up with the latest in IT—as well as the challenge of understanding such a rapidly changing environment—was a common concern for business owners. So was staying safe from cyberattacks, like hacking, viruses, fraud, and ID theft. Nearly all who were interviewed (94%) were concerned about the security of their systems. A startling 44% had been the victim of some form of malicious attack.

Very few of those surveyed felt that technology was going away soon; 99% said they were equally or more dependent on their apps and programs than they were before. And 70% rated technology as very important to their success.

Finally, the report showed a very strong trend in favor of cloud computing. This technology was used by only 5% of small-business owners in 2010; by 2013, it had jumped to 43%.

Clearly, technology plays a huge role in running a small business. Look for the mobile and cloud computing arenas to grow as we continue toward a more wireless world.