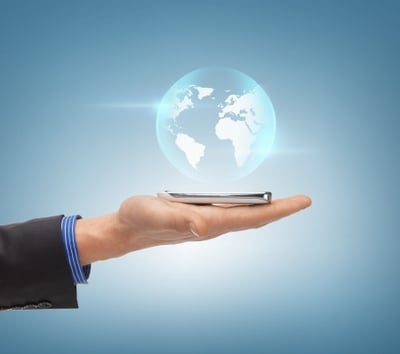 Gotta love summertime. It’s vacation time, grill time, and beach time. And, because TechSperts are IT pros, it’s also tech news time. (Although, that’s any time of the year.)

First, let's start off with the “I want one” category: Samsung's new FreeSync monitor. (This makes even less sense when I add that I do most of the writing for this blog off of a middle-aged laptop.) Not only is the new monitor eye-catchingly sleek, it's full of handy settings like an eyestrain- and blue light- reducing mode. But the envy-inducing aspect is that it comes with a wireless charging pad built in. It uses the Qi wireless charging standard, so you'll have to have a phone that plays along with that. But an end to the jumble of charging cords sticking out from under my desk? It almost makes me want to switch to a desktop, just to have the monitor.What’s new with the IT world?

And now, for something completely more serious, CNET and NPR reported that a security research company called  Zimperium has spotted a potentially big-time hole in the Android mobile operating system. This flaw, nicknamed Stagefright, reportedly allows hackers to gain access to your phone (and all your confidential stuff therein) by sending you a video-laced text message. As your messaging app loads the video, the virtual back door opens and hackers can go in.

The good news is that, as far as anyone knows, the flaw hasn't yet been exploited. And patches are available—kind of. Since every manufacturer has its own take on the Android OS, users will depend on their device maker, or possibly their smartphone carrier, to get the patches to them in time.

YouTube and Google+ are going to be seeing less of each other, reports The Verge. In fact, Google is making its social network less tied-in to many of its other offerings. For anyone who has ever been annoyed by accidentally creating a Google+ account while trying to set up a Gmail name for their elderly relatives (ahem), this comes as welcome news. With this change, Google will let you access services like YouTube, share photos, and do other handy things that you formerly needed a Plus account to do. However, don't go wildly deleting and unlinking yet—the changes are still in the process of being incorporated.

The Smithsonian's collection of artifacts and cool stuff—and the fact that you can go see them for free—make it a very worthy cause for generous donations. And the Kickstarter crowd agrees, especially when (as in this case) the donations are going to restore Neil Armstrong's spacesuit. The venerable institution used a Kickstarter campaign to raise about $500,000, writes TechCrunch's Sarah Buhr. It hit its goal in less than a week, and additional funds are being raised to give Alan Shepherd's suit the same treatment.

And that’s the last of the tech news for this summer, alas! Be sure to check in to our blog this fall and stay up-to-date on all the tech news you can use!