Just How Fast Is Your Internet, Anyway? 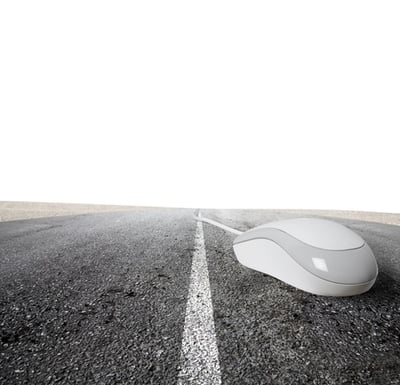 For most people, the Internet comes in two speeds: fast and slow. Most Internet users probably don’t know or care what the actual numbers on their Internet speeds add up to. But here’s something that Internet service providers don’t tell you:

It’s not all about the speed.

About a year ago, I switched from one ISP (Internet Service Provider) to another because it offered a substantially faster Mbps (megabits per second) speed. Great, I thought. Faster is better.

Not so. Sometimes faster is also slower. How?

Learn about types of Internet here.

Now, I can hear some technical folks yelling at their computers right now: There are more than two factors that affect your Internet connection! Yes, this is true. Wired connections tend to be faster than wireless. The number of things using the Internet at any given time will impact its speed. But when it comes to the data chunks flowing to and from your modem, there are actually two things that matter: speed and quality.

Testing the Speed of Your Internet Connection

Here’s a try-this-at-home test: Use speedtest.net to determine your download, upload, and ping speeds.

It’s normal for these speeds to vary from one second to the next, so you may want to run two or three tests and average them out. Don’t be surprised if you’re being promised download speeds of 30 mbps and you’re only getting 10 mbps; those numbers generally mean the top speeds your ISP will grant you, and it’s usual to have things run a bit slower, especially on a Wi-Fi network. Your ISP isn’t cheating you.

Now, when I did this test with my unsatisfactory ISP, I was pulling decent speeds for the area I live in, but the performance was awful. It could take up to five minutes to load a web page—if it loaded at all. What was going on?

A rotten connection, that’s what.

Testing the Quality of Your Internet Connection

I used another site, pingtest.net, to test the quality of my Internet connection. This site measures the following factors:

What did my results show? Despite decent download and upload speeds, my ping time was excruciatingly long, about 10 times longer than average. And the jitter on my connection was so bad that the signal was often dropped altogether—hence the failed webpage loads. Overall, my ISP rated an F.

So I did something that seemed counterintuitive. I changed to an ISP that offered a lower speed. Because they used a more stable technology than the other service, my slower speed is actually faster. The signal is much better in quality, the ping time is a fraction of what it was, and pages now actually load when I click on them. Lesson learned.

Are you having Internet connectivity problems in your home or business? Call the experts at Techspert Services today!